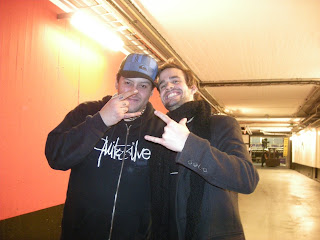 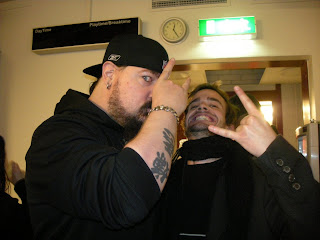 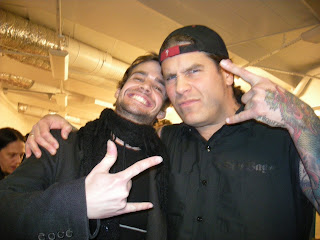 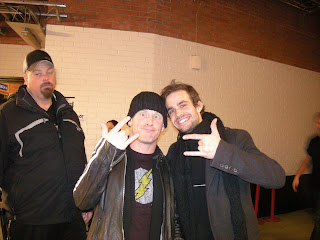 1. Know the protocol and unwritten rules. While it may seem otherwise, moshing is by no means a way to hurt someone. Moshing is about releasing aggression, and having fun while enjoying some awesome music. The 'rules' are mainly common sense.

"Falling" Lift that person and make sure they are not hurt. They will probably just laugh and thank you before joining back in or stepping out but if they are hurt (which isn't as likely as one would think given the normal goers of metal shows recognize the metal brotherhood for what it is and will try not to hurt another.) contact someone working in the venue and maybe signal to some people around you, chances are they will gladly assist. This could possibly be the most important rule of all, you must pick up a falling mosher at all times.

"Copping a feel" It's wrong. Don't do it. Every female mosher isn't a groupie and if she doesn't get revenge the guy beside you will.

"Hitting" It's not a fight! If you hurt someone it is etiquette to maybe shake their hand or clap their shoulder. Do a friendly gesture and apologize. Chances are they will forgive you, also maybe help them out if they want, if they don't forgive you as much, step out for a bit, they will calm down.

"The Pull out" When you're standing around an extremely violent/large pit watching the action and you see someone trying unsuccessfully to get out of the pit, if you think you can handle the pit, go and get them. It's always appreciated.

"The Lift Up" If someone is hurt but no one will move to let them out of the crowd (which is common at larger festival pit & crowds), ask the people around you to lift the person up and body surf them to the front so security can help them out. Make sure to ask if it's okay first though as getting lifted freaks some people out at first.

2. Know what you're getting into. Be objective and recognize that you may get hurt, and you're definitely going to get covered in sweat (and maybe even the saliva or blood) of complete strangers. While the objective of a mosh pit is to make physical contact without getting hurt, there is a good degree of unpredictability and risk. Much of the risk comes from the type of music playing. Ska and some punk will be more relaxed, while other punk and metal will be rougher. If you're considering making your debut in a mosh pit, be aware of the potential consequences and make sure that they're worth the thrill.

3. Wear the right gear. Wear clothes that you don't mind getting stained or even ruined. Your outfit should also be comfortable and light, since it will get hot in the pit. Make sure your shoes fit tightly and lace them well, because if it falls off, you'll have a hard time getting it back and your unprotected foot will suffer in the meantime. Boots are recommended, but avoid the ones with high heels or any other bells and whistles, those are not made for moshing, just for showing off. Also be sure to remove any spiked wristbands or other dangerous accessories, as they could injure a fellow mosher (or even yourself). Never take bags or backpacks into the pit ast they are a liability to you and the people around you. Give any belongings to a friend and make sure you can trust that person. Do not keep anything in your pockets in a pit! They will fall out. Avoid anything that can be grabbed (i.e Chains, chained wallets, long necklaces and dangling ear-rings etc.) Unusual and easily injured piercings may look cool, but will be a liability in the pit. If you can see considerably well without your glasses, take them off and leave them with a friend who is not moshing. Also, bring a friend, especially if they're an experienced mosher, because they will be able to help you out and make sure you know what you're doing.

4. Brace yourself. Whether in the mosh pit or out, you need to keep your hands and more specifically, your arms prepared. Don't look like you're ready to strike someone (you'll freak people out and probably get yourself beat up), but certainly don't put yourself in a position where your hands are going to be stuck to your sides and you accidentally get your face knocked by someone's skull flying at you that you weren't ready for it.

5. Watch and observe from the side. How brutal are the individuals bouncing around this particular pit? Are people just having fun, or are they going for blood? Know the difference between those who are slam dancing and the idiot high school jock who's running around smashing people in the face with his knuckles. There are many different types of moshing, and adapting to these is an important step if you want to enjoy it.

6. Participate on the side line by pushing people back in the pit and embracing mosh pit kids from falling to their deaths as they circulate the rim. There are going to be people flying back and forth, side to side, up and down and all over the place. When you're ready to deal with this, it's time to enter.

7.Circle the circle pit. You're going to continue pushing, bouncing, and slamming off of other people in the pit. Eventually you're going to be able to control your direction and choose your hits, maybe even on your first night. Go at the speed of the crowd and be ready for the dropper: the dropper (or breakdown) is the violent outburst that many metal, hardcore, alternative bands, punk rock, and similar types of music have that goes from normal lyrical music to a crashing point which will set off the adrenaline of every kid around you and is virtually the "go" sound or green light that it is time to smash and slam again. If you're unfamiliar with the music, this is going to be hard to spot, but if you see it coming, you're going to have one up on half of the kids at the show. Similar to breakdowns, many songs include pauses. Typically, all moshers who know this is coming will treat it like a breakdown, meaning that they clear the pit and start after the pause. Be sure to either know the music or be ready for pauses to occur, because not clearing the pit during one of these pauses is not advisable.

8. Open up the pit. Sometimes mosh pits occur in very crowded places. When this happens, there will be a natural tendency of the crowd to push the outer rim of the pit towards the center. Eventually this will close the pit unless the crowd is continually pushed back. Seasoned moshers, or enthusiastic neophytes, will typically counteract this by launching themselves into the sides of the pit in various ways. Basically, if the people on the cusp of the pit have more incentive to stay out of your way than to let the crowd push them into the pit, the pit will stay open. Some strategies for doing this include...

"Slingshot" into the sides by using another person's momentum to launch you.

"Circle pit" by creating a whirlpool of people running around the outside of the pit.

Anything that involves flailing limbs that looks like it will hurt if someone gets too close. There are numerous hardcore dances that can facilitate this. Look to the crowd for inspiration.

* Bodyslam, Slamdancing. Jump into the air, aiming to have your upper body make contact with another mosher. A collision is the goal here.

* Pogoing. Basically just jumping up and down.

* Stage dive. Push your way past the crowd and the bouncers if you can so that you can get on stage. Without disrupting the band or any of their equipment, dive into the crowd (make sure they see you coming) and tense up when you land so that you're easier to catch. Be warned: Many venues will eject you from the concert for stage diving. Make sure you know the rules of the club.

* Crowd surf. You can start off either by stage diving or by hoisting yourself up on two (taller) people's shoulders. Having somebody lift you up by the foot with their hands is risky because odds are, the people around you won't have enough time to see you coming and somebody (including but not limited to you) will get hurt, extremely hurt! If you do get boosted make sure the people around you see you coming before you actually land on them.
Postado por Shôre Engenheiro às 11:30 3 comentários: Links para esta postagem 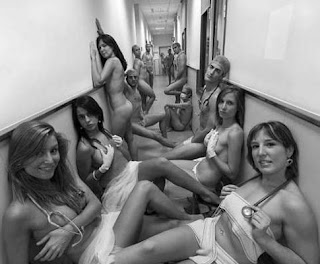 may the pollen be with you 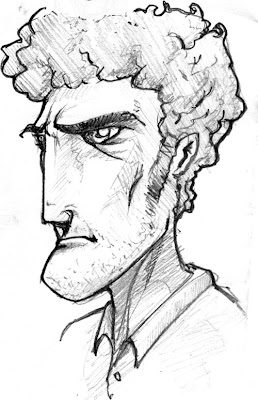 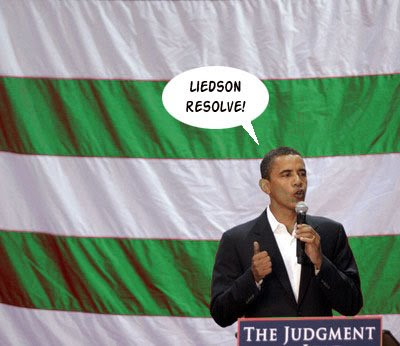 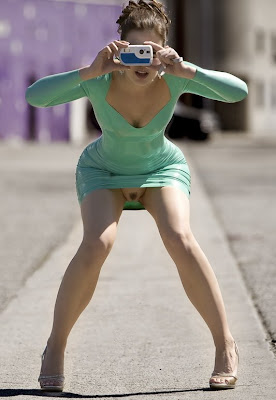